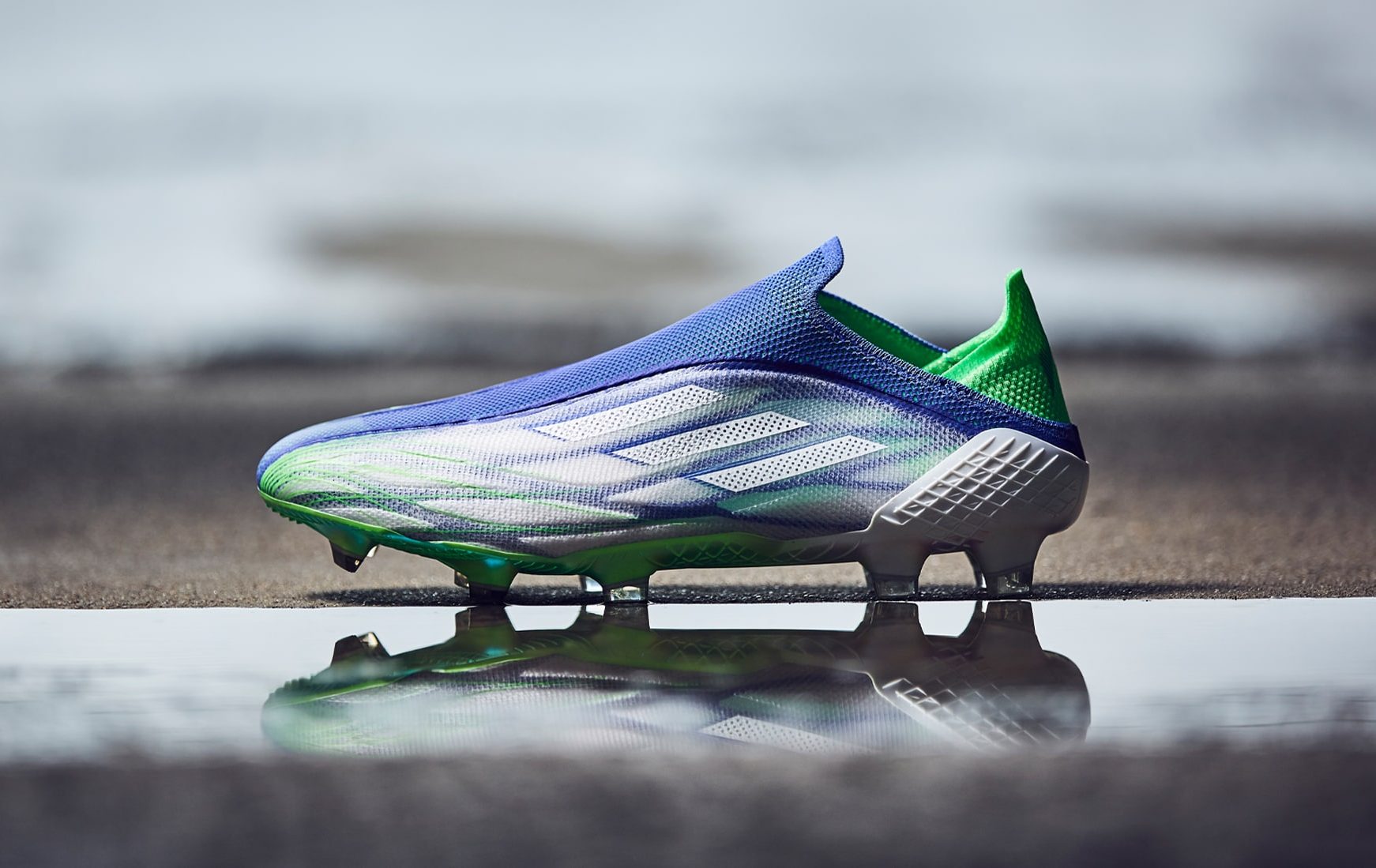 In 1950, Adidas produced the legendary Samba football boot. This is considered to be the first football boot with multi-studded rubber soles. The rest is history. Adidas has gone on to create some of the most iconic boots in football history. In this list we’ll be looking at where Adidas stacks up among its competitors. That’s why I’ve gathered the best Adidas soccer cleats of 2022.

There are some boots that didn’t make this list (Copa Sense for example), as I wanted to only focus on what in my opinion were the best models currently available. The four boots below separate themselves from the pack through both design and performance.

The Adidas X Speedflow may be one of the best boots thats currently on the market. Considering the competition (Nike Mercurial, Puma Ultra), that’s really saying something. Featuring a Primeknit collar and a cushioned heel, the X Speedflow delivers more comfort than any other speed boot available.

In addition to the soft upper, Adidas has included their Carbitex plate in the sole of the X Speedflow. This added technology provides a noticeable propulsive feel when running forward on the field. The stud pattern is aggressive to provide you with maximal traction when changing direction. Similar to most boots in the Adidas line-up, you can get a pair of X Speedflow in a regular or laceless design.

Adidas’ Predator Freak may be the most stand out boot on this list from an aesthetic standpoint. After all, it’s not often that you see dragon scales on a football boot.

The Demonskin upper on the predators is no joke. The rubber spikes completely cover the outsole, giving you maximal traction on the ball. Despite their minimal appearance, the rubber spikes are durable and can withstand intense gameplay.

Beneath the Demonskin spikes, you’ll find Adidas’ classic Primeknit textile. This will ensure you’ll have both comfort and lockdown while you boss the field.

The upper includes four distinct ribbed sections that help provide traction with the ball. Adidas states that the boots are designed to optimize swerve, power, control and dribbling. So these boots aren’t just great for close control, but also for free kicks and finishing.

Adidas have also included a power facet on the Predator Edge that helps redistribute weight to the front of the boot. This helps add more punch to your strikes. Similar to the other Predator Freak, the Edge features a primeknit collar around the upper to give you maximal lockdown and comfort.

Unlike the other boots on this list, the Copa Mundial isn’t a new model. In fact, the Copas have been around for decades now. There’s a reason that after all these years, it’s still one of the most successful boots of all time.

The Kangaroo leather, craftsmanship, durability, and comfort of the Copas is still top tier. To this day, the Copas are one of the most comfortable pair of boots I’ve ever worn. They form to your feet after just a few wears and provide you a natural touch on the ball.

Despite the ever rising price of boots, you can find the Copa Mundials for under $150 at most retailers. This makes them more affordable than the other top models on this list. Nike Premier 3 – Review Nike is back with a brand new boot in their successful Premier line. The original Nike Premier along with the Premier 2 gained wide praise for their simplicity and great value. With the Premier 3, Nike has continued to focus on what made this boot great in the first place…. 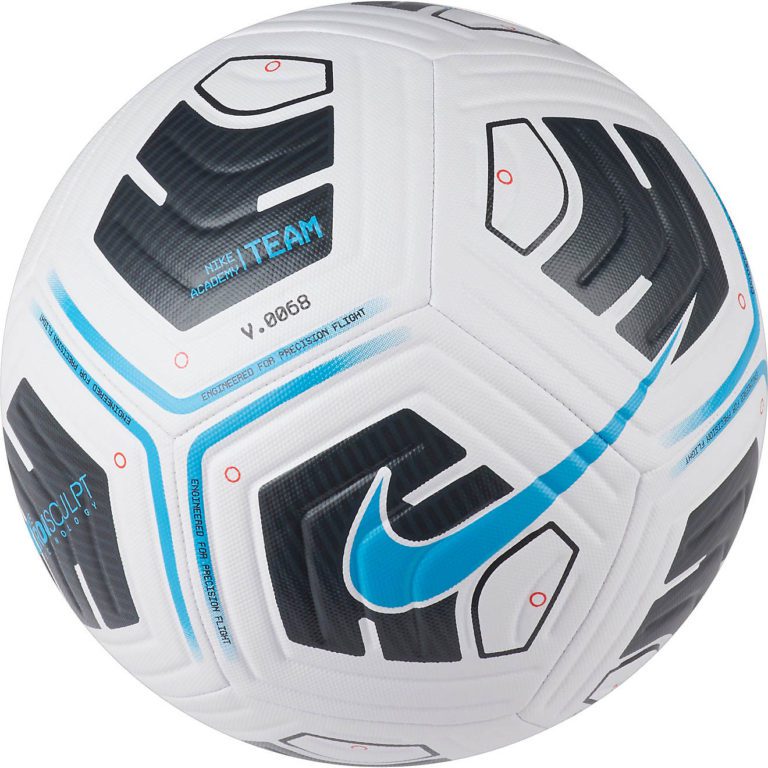 If you’re serious about your training, it’s important to have the best soccer balls you can find. With so many variations, there’s a ball that suits every player and every budget. In this list, I’ve selected four balls at various price points. Getting a great ball doesn’t mean you have to spend a lot of… 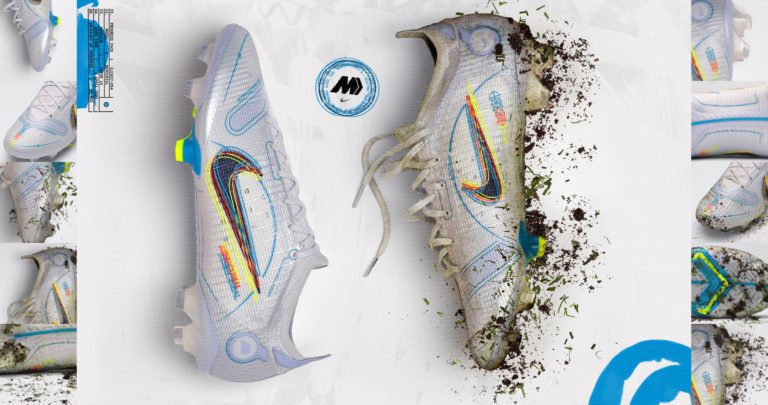 Best Nike Soccer Cleats Nike is the world’s largest sports brand by a wide margin. The company’s global revenue sits at an astounding 44.5 billion dollars. Needless to say they’ve been absolutely killing it in the world of football (soccer). In this list, we’ll be going through the best Nike soccer cleats of 2022. We’ll… Shin Guards are a must have piece of safety gear when playing football. They have evolved considerably over the years to be minimal and lightweight. This means that you can find a pair of shin guards that won’t sacrifice comfort for performance. The ideal pair of shin guards should feel unnoticeable while playing, until you… An All New Phantom Nike is back with a highly anticipated update to the Phantom line. The Phantom GT has been out for several years now, and the design of the boot has remained unchanged for a while. Just in time for the 2022 World Cup, Nike swooped in and delivered a football boot that’s…

Nike Air Zoom Mercurial – Review Nike is back with a new release of the Mercurial Vapor and Superfly. This new boot has made some legitimate improvements over its predecessors. It may be the biggest step forward the Mercurial line has made in years. Almost every part of the boot has been changed, from the…